Improvement of the Rich-Text-Editor and the raw editor in the standard of Foswiki.

The standard editor has significant deficiencies, that have been fixed elsewhere already. How can we incorporate the work of Eugen and Michael for the standard? Is that wanted. I definitely think so. Please see this Demo-Video for further reference:
http://screencast.com/t/HGHdb9JK Open Issues:

I have reservations. I find this editor fantastic BUT we need to do some changes to make it useable in a Netbook that has 1024x600 pixles. You only have 3-4 lines of text in the edit windows on such a computer. Even on larger but older laptops the editor has a problem with always taking space for the top and bottom bars. In the dumb editor we have today I can set the window size to the entire screen and scroll the browser window so I only see the edit textarea. The rich text editor does not allow you to do that. It is typical that developers use large monitors and do not think about this. But try setting a Netbook. In fact all developers should have one. Or at least install Web Developer Tools for Firefox and use the feature to set the window to specific size. To use this editor we need a technical solution for small screens. -- KennethLavrsen - 09 May 2009 I agree. The editor must work on small screens. -- MartinSeibert - 09 May 2009 19:58 MartinSeibert Lavr: I have an idea for the small screens with the new rich text editor. We simply define a minimum size for the editing window. Then you will no longer have the "I only see 3 lines"-problem any more.
MartinSeibert What do you think?
MartinSeibert Lavr: That is the reality with testing. But you keep quality up.
19:59 Lavr Martin. I had THAT idea plus one more.
20:00 Lavr The other is to not have the buttons below for saving but instead adding small icons at the top bar for that
MartinSeibert Perfect.
Lavr Like we all know from Word/Excel etc
MartinSeibert We should have them on top and below. That is even better for a scrollable page.
-- MartinSeibert - 09 May 2009 Sounds sensible, but I have one reservation. When I set nowysiwyg=1, I would expect the standard no thrills raw editor. I would not even want the smart edit. Our wiki has been around for years and is used by a lot of technical users and even the smart edit is too much for them. They want the text box and nothing else. As long as it is configurable I am happy 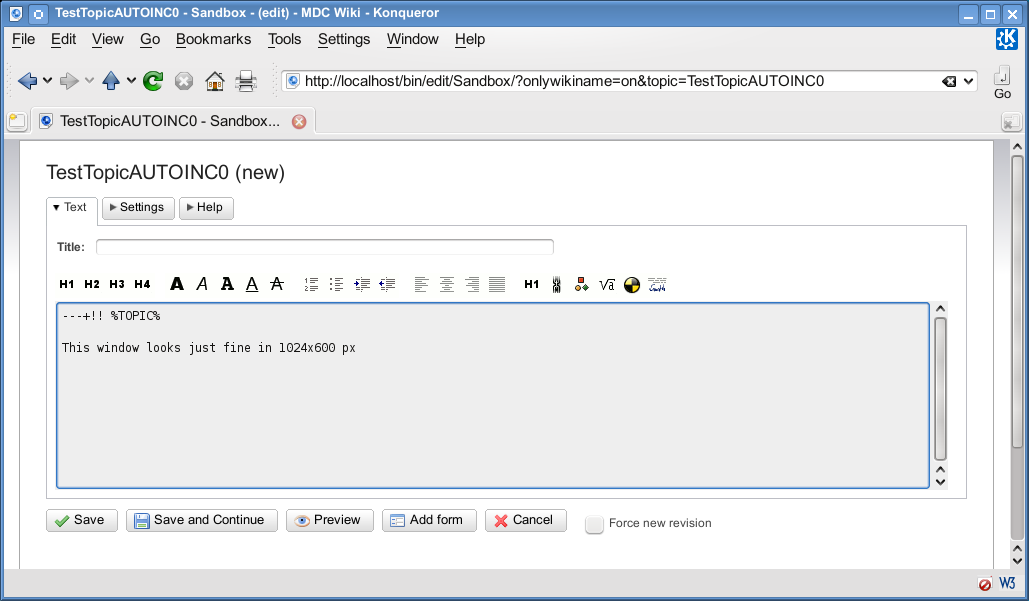 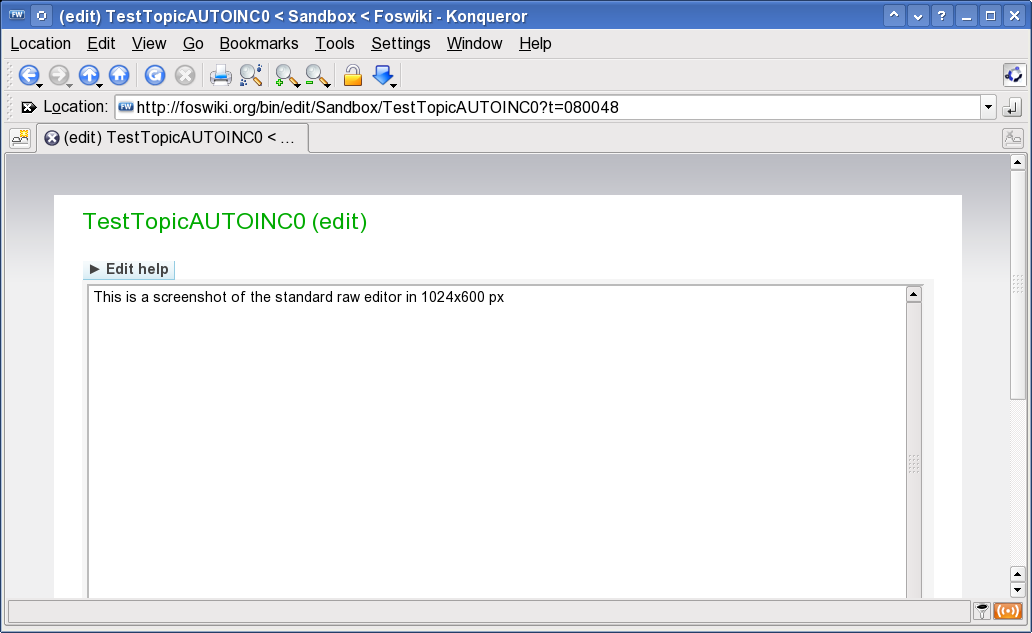