Currently Extensions are released into a single stream, with no ability to hold back major changes, or new significant dependencies. This can result in unexpected behavior when updating a site. We need a short-term fix to allow site admins a better opportunity differentiate between the "bleeding edge" and well tested stable releases of extensions.

Extensions/Testing
Test versions, release candidates and experimental Extensions. There should be a time limit on how long extensions remain in this web. For now manually enforced with a "OldExtensions" search page.
Extensions/Archives
Obsolete, unmaintained, or old versions of plugins that need to be kept for backwards compatibility

(Copied from previous proposal) Site admin creates the Beta subweb under Extensions. Copy the infrastructure topics over to the subweb as specified in HowToCreateALocalExtensionRepository Update general documentation to call attention to the Beta web, and how to point bin/configure at this web. Update developers documentation for how to upload to the Beta subweb For notification of beta versions, can include something like the following at the top of the extension toipcs. Probably could be added by buildcontrib when building the upload along with adding the form. It wouldn't be useful to distribute the search with every plugin. -- Contributors: GeorgeClark - 18 Feb 2010

Discussion copied from previous proposal sounds clear and simple to me. also, i am glad this would force us to test "private" repository setup and iron out any development and documentation issues. -- WillNorris - 11 Feb 2010 Webs are best used as a sort of sub-wikis like a sub-domain in hosting language. I'd better not over-use webs for structuring content that belongs together as natural as stable and beta releases of the same extension. Instead, we should enhance the BuildContrib to allow to upload to the same extensions topic but attach the beta version with a different naming scheme. Have a look at Drupal 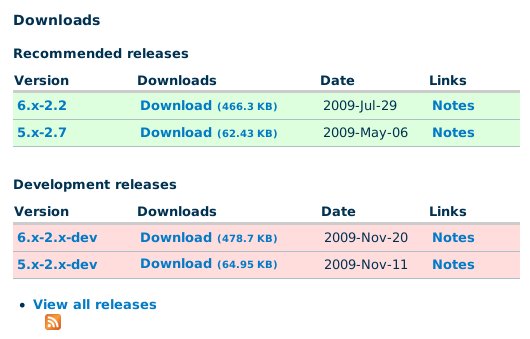